“Harry was the driving force behind a successful class action lawsuit to improve the pensions of MTS retirees. The litigation lasted more than 12 years, culminating in victory at the Supreme Court of Canada. Thousands of MTS retirees now have better pensions than they had before. In 2012, Harry was awarded the Queen Elizabeth II Diamond Jubilee Medal in recognition of his tireless efforts on behalf of his colleagues.”

Although our big win may now be a faded memory, as each of our members in the DB plan retire, they will receive an additional $230 payment (the residue of the $140,000,000 surplus award that came back to the plan members) as a little reminder of what Harry did for us.  Harry’s Celebration of Life was attended by about 150 family members and friends, including TEAM President, Misty Hughes-Newman, TEAM Executive Director, Bob Linsdell, our lawsuit legal TEAM, Brian Meronek and Kris Saxberg, and members of the retirees’ association, TRAM. 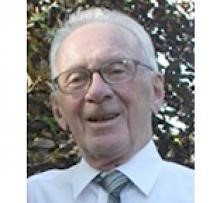