This Day In 1919: A day after the City fires the entire police force and the Citizens' Committee recruits "specials" to replace them, the specials are chased from the corner of Portage and Main by a large crowd of strikers and supporters. The Winnipeg General Strike turns violent for the first time as armed "special constables" attempt to break up the pro-strike rally at Portage & Main. Dozens of men on both sides leave the scene with injuries. 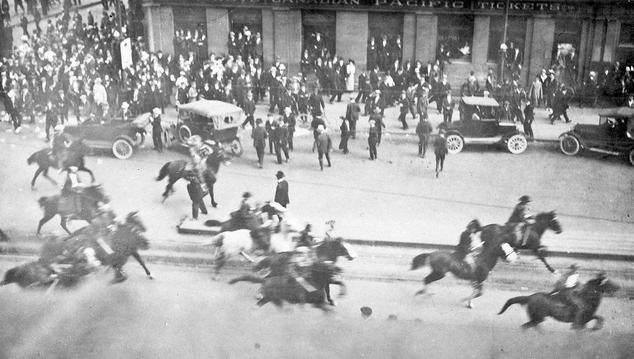