The Role of Women During the General Strike May 2nd 2019

May begins the true celebration of the 1919 Winnipeg General Strike, as it was in Winnipeg on May 15th, 1919 that negotiations broke down between management and labour in the building and metal trades; the Winnipeg Trades and Labor Council (WTLC) called a general strike. Within hours on the 15th, almost 30,000 workers left their jobs.

When looking at historical photos, the sea of striking men really bring home the power behind the General Strike. What isn't so easily seen though, is the role that women played, and it is a much bigger role than you may think. Not often published or talked about, women reportedly made up roughly 25% of the workforce at the time, they acted as strikers and scabs, they made coffee and sandwiches for striking workers, and they struggled to piece together a meal for their families.

"Women as strikers unplugged the telephone lines and women as scabs plugged them back in. Women took to the streets during riots, and one woman has been credited with the infamous act of setting fire to the streetcar on Bloody Saturday. Women were members of the Central Strike Committee and members of the Women’s Labor League." (The Winnipeg Sun, 2019)

It's hard to believe that this side of the story has largely gone unpublished, even in the history books. The Winnipeg Sun published an article on May 1st, 2019, Women on the Line, showing the significant role they played during the strike.

You can read the full article here. 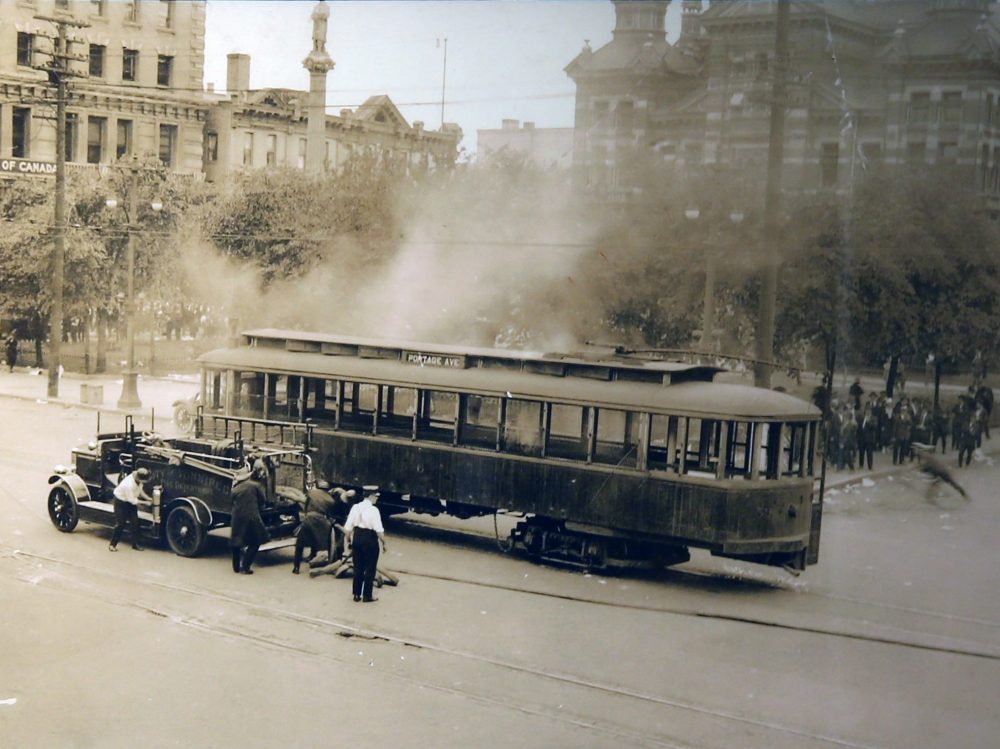 (A street car burns during the Winnipeg General Strike in 1919. The blaze is thought to have been set by a woman.